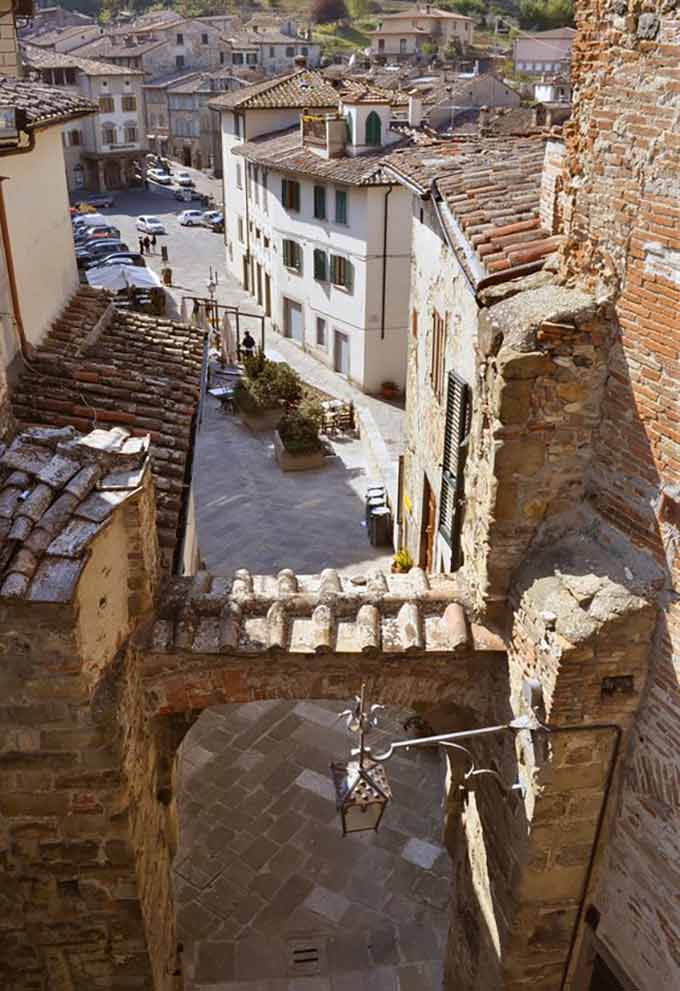 Arezzo is a beautiful city in Tuscany. It is one of the richest cities of the region and lies on top of a hill in the middle of four valleys. Situated along Via Cassia has always played an important role in Tuscany. There many museums, churches and monuments worth to be visited in Arezzo. These are just some suggestions to help you planning your itinerary in Tuscany.

The main attraction is certainly the Church of San Francesco, located in the city center. Inside the Bacci Chapel there is the stunning fresco cycle of the Legend of the True Cross, Renaissance masterpiece by Piero della Francesca.Going along Corso Italia you reach Santa Maria Church with a particular Romanesque facade with columns. Then stands Piazza Grande, bordered on one side by the impressive Loggia by Vasari and by Palazzo della Fraternita dei Laici with a delightful Madonna of Misericordia by Bernardo Rossellino. The square has become famous a set of the Oscar movie “La Vita è Bella” by Roberto Benigni.

On top of the city stands the Duomo of Arezzo, entitled to Saint Donatus. Founded on a Christian church, the cathedral is famous for its 16th century stained glass by the French artist Guillaume de Marcillat. Inside there are a small fresco by Piero della Francesca depicting Magdalene and some majolicas by Andrea della Robbia.

Florence, the spectacular capital of the region of Tuscany, is located on Italy's northwest coast.…

Florence's museums, palaces, and churches house some of the greatest artistic treasures in the world.…