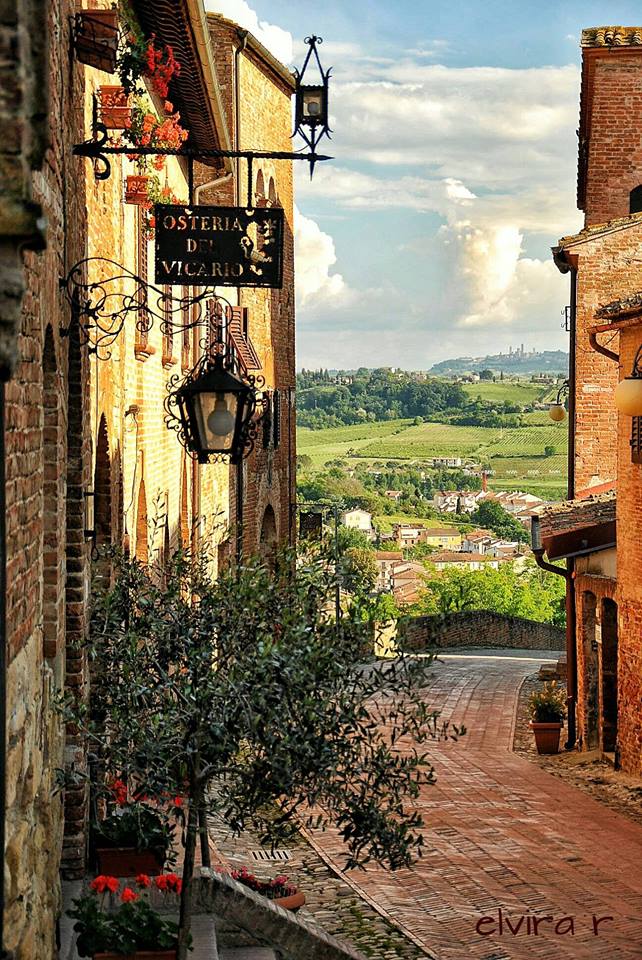 Certaldo is divided into two parts, a walled city high on the hill called “Rione Castello” or “Certado Alto” and a lower, modern and industrialised part. It is located on the hills that divide the Val d’Elsa from the Val di Pesa, and is well worth a visit. The old town can be reached on foot in 10 minutes or by funicular from the station in the main piazza in 2 minutes. Certaldo was the home of the family of Giovanni Boccaccio, infact it’s possible to see Boccaccio’s house in Certaldo which is preserved as a small museum and library.

Other important attraction is Palazzo Pretorio which was originally the castle of the Conti Alberti.  Its facade is decorated with coats of arms in stone and glazed terracotta that commemorate the governors (vicari) sent from Florence. Around the courtyard are the rooms where justice was administered, dungeons, and a chapel with a fresco of Doubting Thomas attributed to Benozzo Gozzoli. Several rooms have decorated doorways, fireplaces and remnants of frescoes.