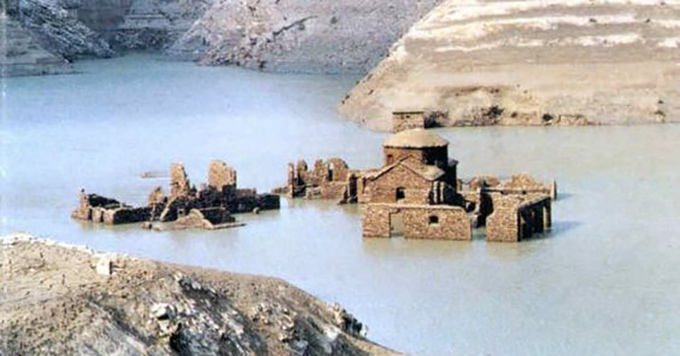 The lake of Vagli hosts a medieval village, Fabbriche di Careggine, a village hidden under tons of liters of water ! The town, founded in the mid ‘ 700 by a colony of blacksmiths from Brescia , saw the rise between 1906 and 1907 a small hydroelectric plant to meet the needs of the marble quarries in the area . In 1947 Enel began work on the creation of a big dam used for hydroelectric purposes and as a water reserve in case of nearby fire . The creation of this dam went to completely submerge the medieval village that , since then , has re seen the light only during the 4 flushes occurred respectively in 1958 , 1974 , 1983 and 1994.

The Sammezzano castle is in the eponymous village, in the province of Florence . Surrounded…

Massa Marittima, the 'City of Museums', is a very attractive town situated on a hill…