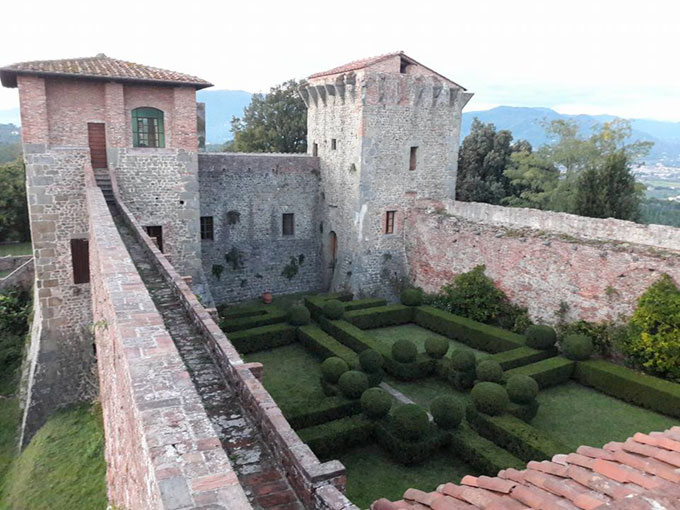 Montecarlo is a town located in the Tuscany region of Italy in the province of Lucca.

The historic center of Montecarlo is well preserved and is still surrounded by a fortified wall. Symbol of the town is the Fortress, also called the Rocca del Cerruglio, which dates back to the 14th and 15th centuries. It is composed of a main tower of a semi-circle shape, a smaller tower, two other towers with a square layout, the Torre dell’Apparizione tower and the Torre di Santa Barbara tower, which forms an imposing triangular structure. Places of interest include the Chiesa Collegiata di Sant’Andrea, the Pieve di San Piero in Campo, and the small Teatro dei Rassicurati, which was frequented by opera maestro Giacomo Puccini.
For nature lovers, Montecarlo boasts fototpaths among olive groves and vineyards, immersed in the greenery and silence of the surrounding countryside.
Photo Credits: Elisa Guerrieri
best places to visit in tuscany
Related Posts

Palaia is a comune (municipality) in the Province of Pisa in the Italian region Tuscany,…

Lucca  is a city and comune in Tuscany, Central Italy, on the Serchio, in a fertile…