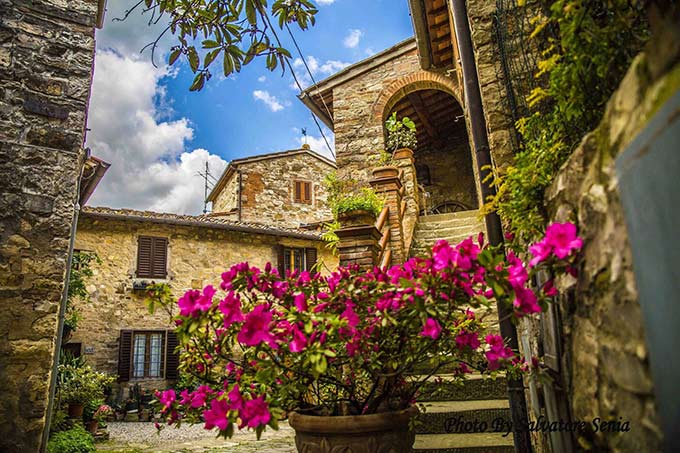 Montefioralle is a village in Tuscany, a frazione of the comune of Greve in Chianti. It is sometimes claimed to be the birthplace of Amerigo Vespucci.

The village lies about a mile west of Greve.

Town and village were an important stronghold during the wars between Florence and Siena. In 1250 it became the headquarters of the League of the Greve Valley. The town was once endowed with two sets of walls. It had an octagonal shape with four gates. With the fall of the Sienese Republic, Montefioralle lost its prior importance and most of its inhabitants moved to Greve in Chianti.

Lucignano is a comune (municipality) in the Province of Arezzo in the Italian region Tuscany, located about 70…