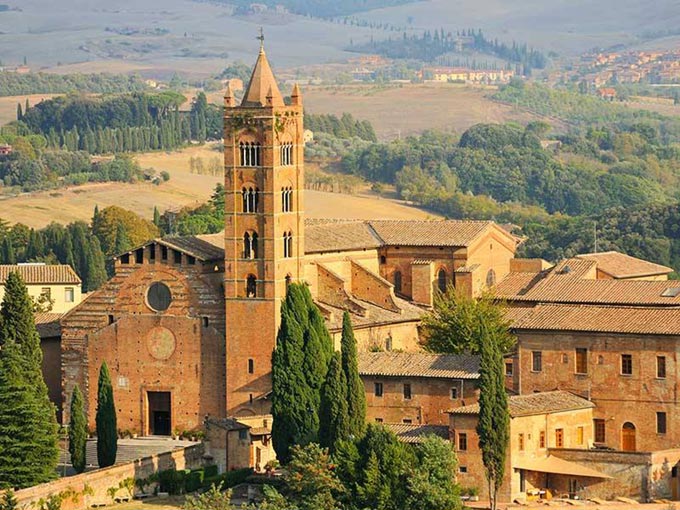 The Church of Santa Maria dei Servi is a Romanesque style, Roman Catholic church in the Terzo of San Martino in the city of Siena, Tuscany, Italy.

The church is built on the site of the former Church of San Clement, which was acquired by the Servite order in the Medieval era. The original Basilica was built in the 13th century, but later underwent reconstruction and transformation which continued until the 15th-16th century.

The lake of Vagli hosts a medieval village, Fabbriche di Careggine, a village hidden under tons of…

The Ponte Vecchio is a Medieval stone closed-spandrel segmental arch bridge over the Arno River, in Florence,…