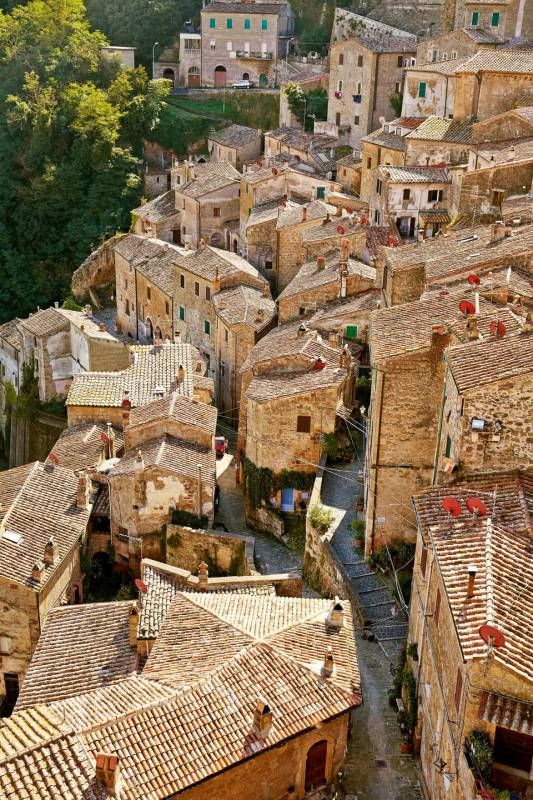 Sorano is a town and comune in the province of Grosseto, southern Tuscany (Italy).

It as an ancient medieval hill town hanging from a tuff stone over the Lente River.

Sorano was probably inhabited by Villanovan culture, but the first historical mentions are relative to the 3rd century BC, when it was an Etruscan city under the influence of the more populous nearby Sovana.

Piombino is located in the final stretch of the Etruscan Coast, which ideally begins at…

Vinci, the beautiful town of Leonardo

Vinci and comune of Metropolitan City of Florence in the Italian region of Tuscany. The birthplace of…

Lucca, the town of hundred churches, pic by Michele Zaimbri

Lucca is known as the city of a hundred churches. Inside the Renaissance walls collects…