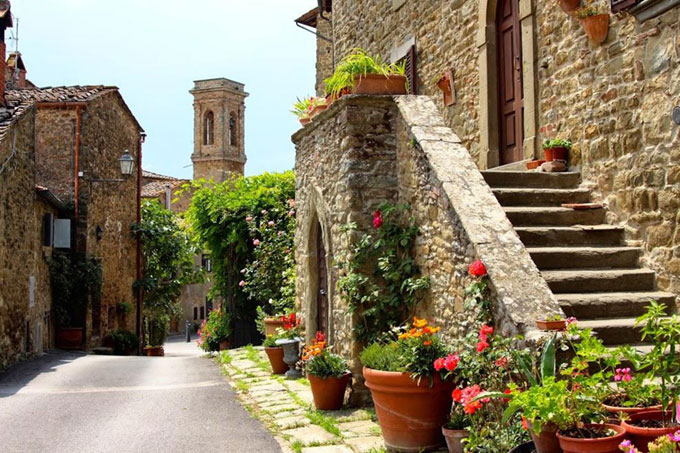 The winery that produces the wine Chianti Classico operates within the walls of the Castello di Volpaia, a fortified village of medieval origin.

The first document in which the village was clearly mentioned was written at Cintoia, another small village about 12 miles (19 kilometres) south of Florence, on April 21, 1172. It notes that the brothers Franculus and Galfredus da Cintoia, after having obtained the consent of their father and of “Liquiritia, uxor Franculi” (wife of Franculus), have obtained a loan of 28 silver pounds from Spinello da Montegrossoli. Their possessions, situated in the “court and castle of Vulpaio,” were offered as security for repayment of the loan.

The document was published by L. Pagliai in che Regesta Chartarum Italiae.

This wonderful Tuscan town is widely known as the "ideal city of the Renaissance", the…

Buonconvento , a medieval village , among the most beautiful in Italy , at the…

Barga is a medieval town and comune of the province of Lucca in Tuscany, central…