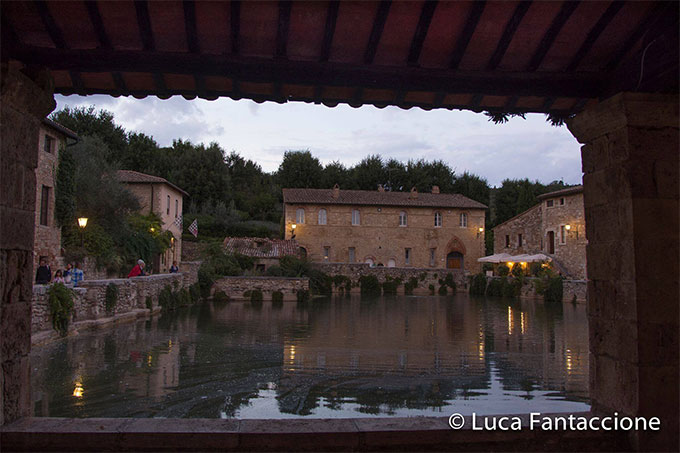 Since ancient times the history of Bagno Vignoni has been closely connected with the thermal springs on which it was built. The thermal spring water was already being used by the Romans as a result of its position near to via Francigena. The Piazza delle Sorgenti (Square of Springs) was built in the 16th century, a pool from which the thermal waters bubble even today. This village has long been the destination of many visitors, both ordinary and illustrious and it was designated as a site of World Heritage of Humanity by UNESCO in 2004.

The richness of this locality is due to the presence of elements which endow it with variety and splendour: the view of Monte Amiata, the pleasant rolling hills decorated by majestic cypresses and the medieval villages which are still intact despite their great age

Loro Ciuffenna is an Italian town in the province of Arezzo . One of the…

Pisa is a city in Tuscany, Central Italy, straddling the River Arno just before it…