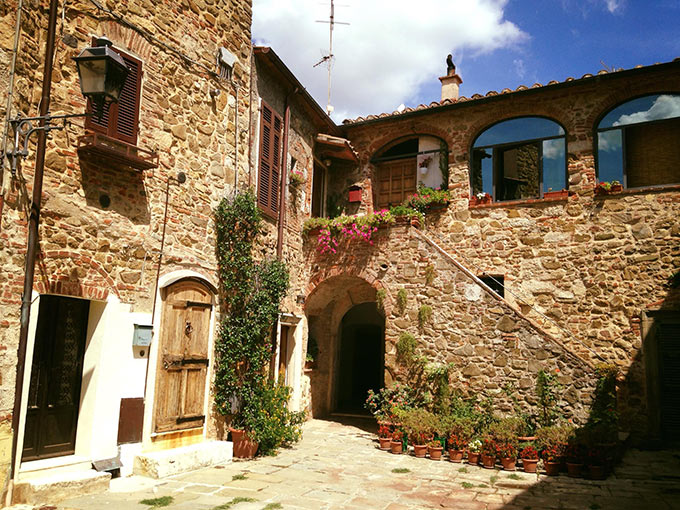 Montemerano is a village in Tuscany, central Italy, administratively a frazione of the comune of Manciano, province of Grosseto. At the time of the 2001 census its population amounted to 438.

Montemerano is about 48 km from Grosseto and 6 km from Manciano, and it is situated on a hill along the Provincial Road which links Scansano to Manciano. The village dates back to the Middle Ages, when it was a property of the Aldobrandeschifamily (13th century) and then of the Baschi from Orvieto (14th century). It was then conquered by the Republic of Sienaduring the 15th century.

Piazza dell'Anfiteatro is a public square in the northeast quadrant of walled center of Lucca,…

Pitigliano seems to have been taken out of a fairytale. It appears to have grown from…