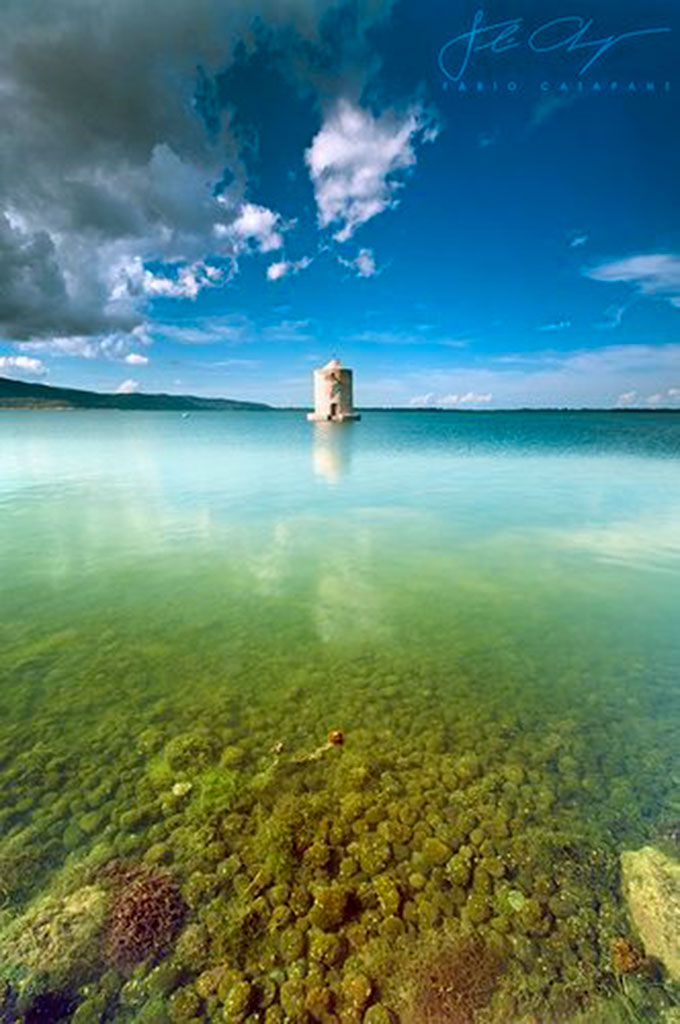 Orbetello is a amazing strip of land in the middle of the lagoon of the same name in southern Tuscany. Famous in Italy and farther afield for its beautiful long beaches and bay, its surrounding areas also have much to offer. Orbetello is linked to Monte Argentario by a road called Diga Leopoldina, built in 1841 along an artificial embankment, which divided the lagoon into two parts: “Laguna di Levante” and “Laguna di Ponente”, known respectively as Tombolo della Feniglia and Tombolo della Giannella. Orbetello Lagoon is one of the most uncontaminated natural areas in Tuscany.

In the town centre, you can walk along the Corso as far as Piazza del Plebiscito, home to the town hall, and continue until you reach Piazza Garibaldi, with the Spanish Governor’s Palace. There is also the little church of Santa Maria delle Grazie in Piazza IV Novembre, where you can admire a fifth-century fresco of the Sienese school and a beautiful Cathedral, renovated in 1375.

To enjoy an amazing view of Orbetello, reach the Passionist monastery, which is located on the Monte Argentario at an altitude of 273 meters. To reach it, follow the road in the direction of Porto Santo Stefano and turn toward the “Convento Frati Passionisti.”

Volterra, known to the ancient Etruscans as Velathri or Vlathri, to the Romans as Volaterrae, is a…

Lovely Lucca endears itself to everyone who visits. Hidden behind imposing Renaissance walls, its cobbled…

Radicofani is a common part of the province of Siena , in the Val D'Orcia…