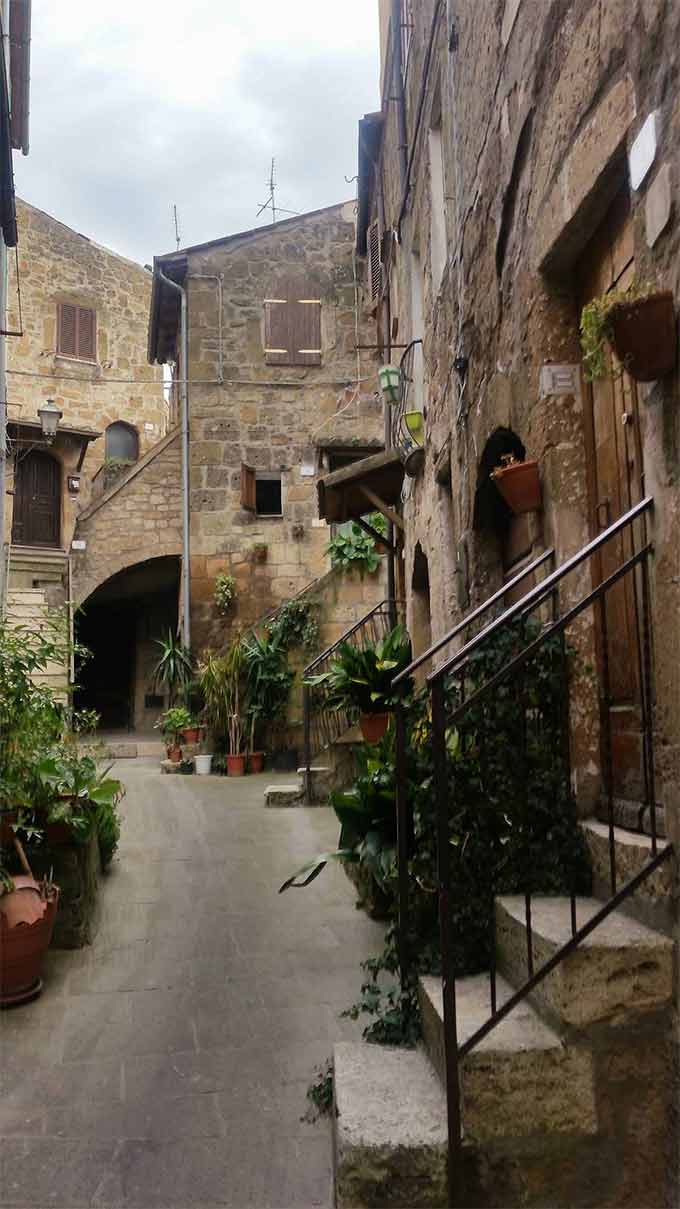 Pitigliano seems to have been taken out of a fairytale.

It appears to have grown from the stone of this wildly beautiful promontory, bounded by green valleys crossed by the Lente and Meleta rivers. The houses, constructed on a tuffaceous drum, repeat the vertical lines of the cliffs, making the enclosing walls almost superfluous, although the defensive structures, such as the 14th century Orsini Palace, are the most imposing.

The town still holds the treasures of its ancient past, the centuries of succeeding civilizations and their cultures. This illustrious past becomes present while walking the old streets, admiring the ancient houses and visiting the famous Jewish ghetto. The large and active Jewish community, dating back from the 15th century, has prompted the name “Little Jerusalem” for this splendid village.

The richness of the past has been handed down in wine production, as well. The vineyards, fertilized by volcanic tufa and millennium-old humus, produce one of the most highly regarded white wines in Italy, one of the first wines to receive the recognition of DOC. Several of the grottos and Etruscan tombs carved into the rock are used as cellars for ageing and preserving these wines.

The island of Elba